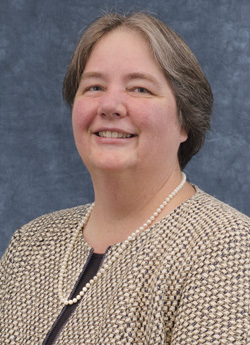 Anne LeMaistre, MD, is the Senior Director of Clinical Information Systems and the Chief Medical Information Officer at Seton Healthcare Family and the Southwest Regional IS Clinical Technology Director for Ascension Health. Prior to joining Seton, Dr. LeMaistre was the Director of Clinical Systems at the University of Illinois Medical Center at Chicago. In 2002 the University of Illinois received the Nicholas S. Davies award of excellence for its computerized patient record. Prior to 1999, Dr. LeMaistre was the Chief Information Officer for the Physician Practice Plan for the University of Texas Medical School at Houston. In addition, she served as Interim Chief Information Officer for Hermann Hospital during its merger with Memorial Health System to form the new 16 hospital Memorial Hermann Health System in South Texas. From 1994–1998, Dr. LeMaistre led the implementation of an electronic medical record as Director and Medical Officer of Clinical Systems, Hermann Hospital. The project at Hermann and 48 ambulatory clinics was nominated for the 1999 Computerworld Smithsonian Awards for Innovation in Medicine. Dr. LeMaistre was born in Atlanta, Georgia and attended Texas A&M University receiving a Bachelor of Science degree in Agronomy before entering medical school. She received her MD from the University of Texas Medical School at Houston in 1983. She began her medical career as a Clinical Pathologist with a specialization in hematopathology after a residency at the University of Texas Health Science Center in Houston and a fellowship at M.D. Anderson Cancer Center. She has experience with laboratory information systems, web-based continuing medical education and web-based distance health education. She has co-authored numerous publications in medical journals including Blood, and the New England Journal of Medicine. Dr. LeMaistre is a member of numerous professional organizations including HIMSS, the Texas Medical Association, and the College of American Pathologists.