The wait is finally over! The ONC Cures Act Final Rule went into effect on June 30, 2020, and since its release one of the most common questions ONC has received is when and how can we submit proposals for new data elements in USCDI? The answer is, now!

The USCDI is a standardized set of health data classes and constituent data elements for nationwide, interoperable health information exchange. It replaces the Common Clinical Data Set that was previously required as part of a number of 2015 Edition health IT certification criteria. You can learn more about the USCDI in the USCDI Fact Sheet. Future versions of the USCDI will be drafted and finalized based on your data element submissions to the ONDEC system.

Once finalized, new versions of the USCDI will also feed into the Standards Version Advancement Process (SVAP). The SVAP allows health IT developers in the ONC Health IT Certification Program to voluntarily update their products to include National Coordinator-approved newer versions of select standards without waiting for future rulemaking. Be on the lookout for the 2020 SVAP comment period starting later this summer. 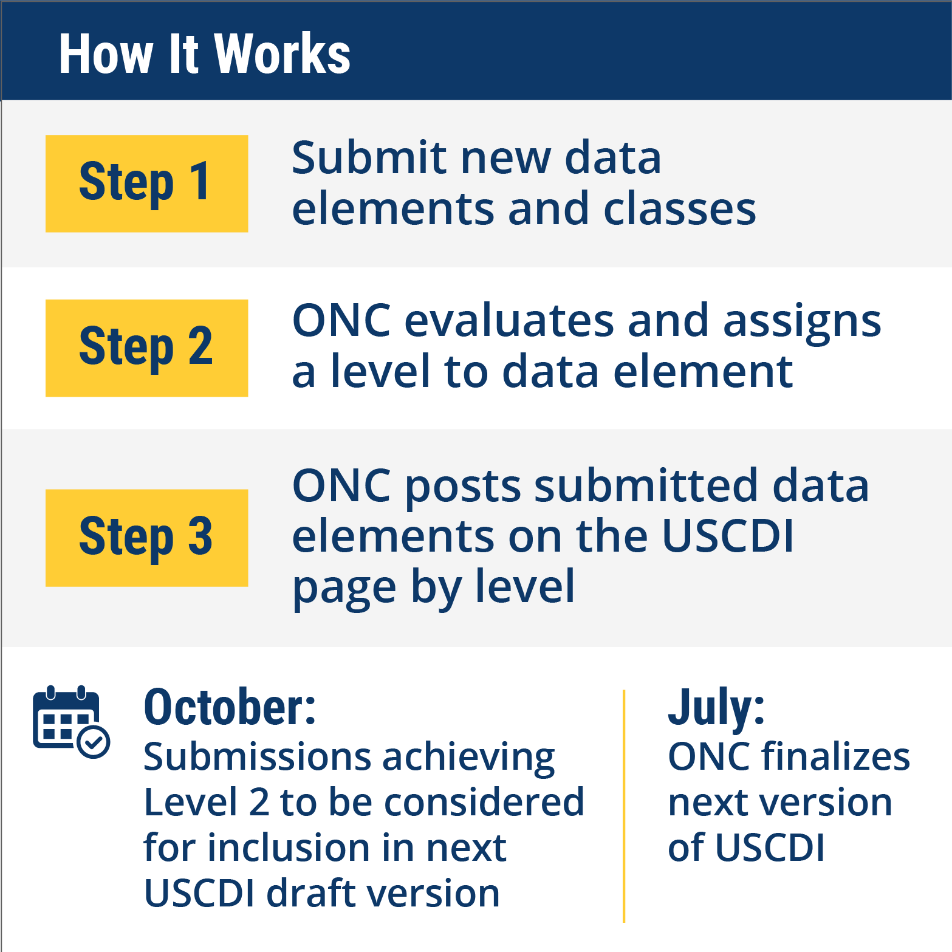 The USCDI ONDEC system builds upon the success we have achieved engaging with stakeholders through our Interoperability Standards Advisory (ISA) platform and leverages the ISA to allow for USCDI ONDEC submissions and public comments.

We look forward to working with you to advance the USCDI and interoperable exchange of health information!

Note: ONC recently updated the USCDI version 1, which includes a version history and errata noting changes and corrections.  The errata address concerns raised by stakeholders on the appropriateness of applicable standards for certain data classes and elements.