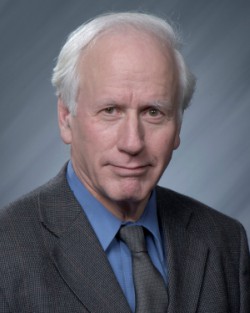 Dr. McDonald is Director of the Lister Hill National Center for Biomedical Communications at the National Library of Medicine and engages in in medical informatics research including natural language processing, health informatics standards, de-identification and research on large medical records data bases. He is a distinguished physician and scientist and has been one of the nation's most productive researchers in the field of electronic health records. Before he came to NLM, he was the Regenstrief Professor of Medical Informatics and a Distinguished Professor of Medicine at the Indiana University School of Medicine where he developed the Regenstrief Medical Record system and published the first randomized trials showing the benefits of computer reminder systems and of physician order entry systems. The Regenstrief Medical Records System which was one of the first electronic medical record systems in 1972 became the first Health information exchange with funding from NLM in 1994 and is now covers most of Indiana, and includes more than 70 hospitals, 20,000 physicians and 4 billion results. It serves as model for health information exchange systems nationally.

Dr. McDonald has been a pioneer in the development of health data standards. He was one of the founders of the HL7 standards and wrote the HL7 observations and order entry standard. He initiated the Logical Observation Identifiers, Names, Codes (LOINC), and an identification system for tests and measurements that is a mandated standard in the U.S and many other countries and has been translated into more than 7 languages. He has been the recipient of many research grants and contracts from NLM, including an NLM funded informatics training center, and from other sources

He is a member of the Institute of Medicine, recipient of the Morris Collen Award, and past-President the American Medical Informatics Association.