Today is National HIV/AIDS and Aging Awareness day – providing a perfect opportunity to talk about how health information technology (health IT) and electronic health information help doctors better manage the care of patients living with HIV and AIDS and improve the care that they receive. 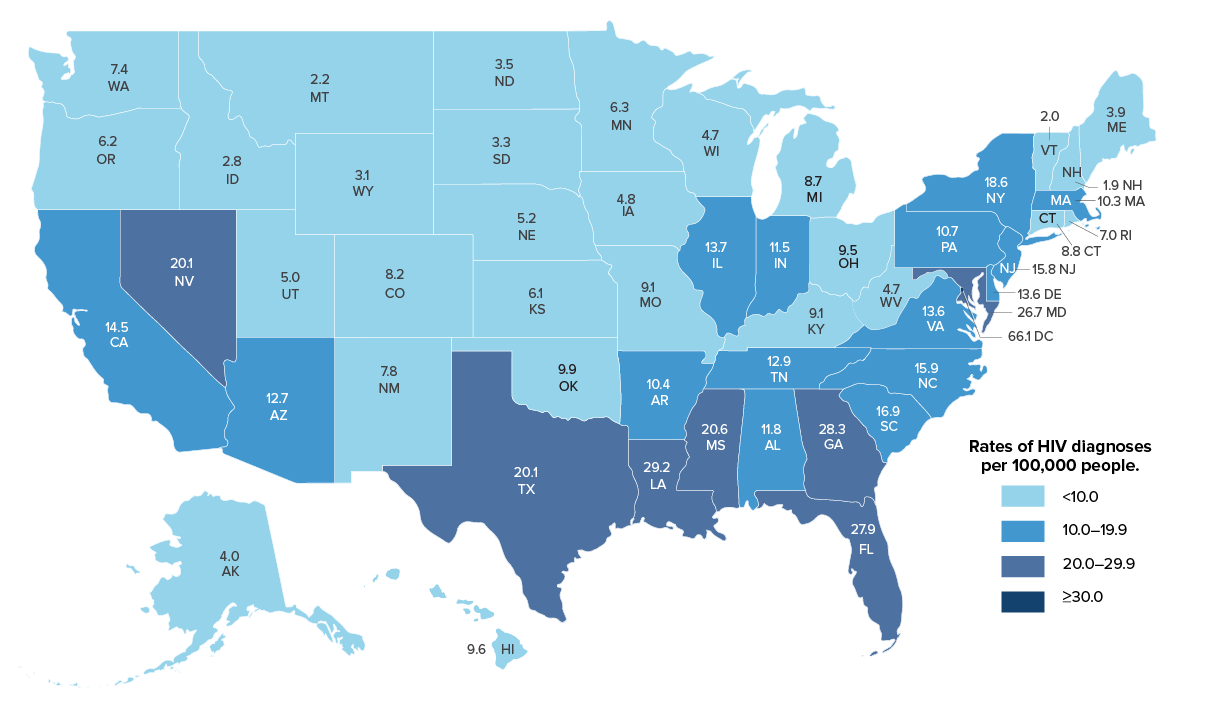 Now, thanks to the work that’s been done to increase the adoption of electronic health records (EHRs), we are seeing how interoperability has led to some successes in clinics like Cook County’s Ruth Rothstein Core Center, across parts of the Department of Veterans Affairs, and in a number of state-based programs.

My former colleague, Dr. Pete Thomas, is an internist and medical director of the Woodlawn Health Center, part of the Cook County Health and Hospital System (CCHHS) in Chicago.  At CCHHS he also works at one of the country’s largest freestanding HIV clinics, the Ruth Rothstein Core Center. The center, which now has about 90 doctors, provides comprehensive care for HIV patients. Dr. Thomas, who has been practicing for 17 years, compared what it was like caring for patients with HIV and AIDS before the clinic began using EHRs and what it’s like now. He said there’s no comparison, now that essential data is literally at their fingertips.

One key tool that has changed the Center’s practice is a population health registry for HIV patients. Having data managed and curated in electronic form helps doctors quickly identify patients who are missing their appointments or who aren’t filling their prescriptions. It lets the clinicians look at key clinical metrics like CD4 counts. Ultimately, it helps the doctors and other clinic staff  keep very close track of HIV patients and avoid costly complications or treatments. Well-implemented electronic health records are also an important tool that helps provide continuity of care, so when a specialist picks up a chart down the line, he knows exactly what was going on with a patient at a specific point in time.

While the use of his electronic health record has been successful, it was not without some bumps along the way. It took a lot of work by the physicians and the implementing staff to get the tools where they are now. Dr. Thomas told me that the data now allows doctors to deploy clinical resources to HIV patients quickly. Their EHR installation allows the clinicians to focus less on the unknown and more on the practice of medicine. The technology shows the data all in one place and makes clinical decision making much easier.

Dr. Thomas said that the technology “allows me to get straight to the point; it allows us to have the data in one place and helps us make good decisions and have clear conversations with whoever else picks up the chart down the line.”

Health data is also becoming more manageable thanks to the technology in the Department of Veterans Affairs (VA). One example is the Veterans Aging Cohort Study Index (VACS Index). This program uses a point system based on a variety of health metrics to predict all-cause mortality, cause-specific mortality, and other outcomes in those living with HIV infection.

I spoke with Amy Justice, MD, PhD, the section chief of general medicine at the Connecticut VA and professor of medicine and public health at Yale University, who told me that the VACS study, now almost 20 years old, would not have been possible without electronic health records and is now the largest and oldest study on HIV in North America.

Dr. Justice observed that the relationship that doctors now have with their patients’ health records has been fundamentally changed as a result of their use of EHRs. Instead of just a reimbursement mechanism, she said that in her clinics, the health record has become an interactive tool doctors are using to improve care for aging HIV-positive veterans. Justice said she uses graphs from the VA EHR to show HIV patients how they are doing on a variety of health metrics, like CD4 tracking counts, but also to monitor whether patients have filled their antiretroviral prescriptions, received their flu shot or shingles vaccine, for instance.

Success in the States

Four years ago, ONC highlighted the work that is being done in New York for people living with HIV. For this year’s National HIV/AIDS Awareness Day we checked in with Tom Moore at Healthix, which is one of eight publicly funded health information exchanges (HIEs) in New York.

Moore recently told me that in the early years, there was no way to know what happened to people living with HIV when they didn’t show up for treatment. Now, Healthix maintains a registry of 56,000 patients and has been contracting with the AIDS Institute to find those patients who fall through the cracks and are “Lost to Care.” When an HIV patient is found, Healthix helps connect them with primary care physicians who specialize in HIV. Healthix sends alerts and C-CDAs to providers in real time when an HIV or AIDS patients “Returns to Care.”

But these success stories are not just happening in New York. In the South, similar initiatives, using federal funding, are in place helping to identify HIV and AIDS patients. In Georgia and Louisiana, health departments are harnessing data to identify and manage the care of patients with the help of our federal partners at the Health Resources and Services Administration (HRSA).

Now a model for other states, the Louisiana Public Health Information Exchange (LaPHIE) provides real-time alerts to HIV primary care providers when a person living with HIV — who has not had CD4 or HIV viral load monitoring in over a year — is seen for any reason within a network of seven hospitals. LaPHIE was extraordinarily successful, HRSA says, of the 344 out-of-care patients identified during the first 18 months of implementation, 82percent were successfully linked to HIV care.

Eugene Pennisi, the coordinator of the HIV HIE at the Georgia Department of Public Health, talked with me about the efforts there to try and replicate the success in Louisiana using a Special Projects of National Significance grant from HRSA, but first the legislature needed to pass a law (which it did and it was signed in 2014) to allow bidirectional exchange of sensitive health data. (Maine and other states have recently passed similar laws). A relatively low-cost solution, which requires widespread engagement at the grassroots level, Pennisi explained to me that the Georgia Department of Public Health is planning to expand the initiative to other healthcare facilities in the state as well as further evaluate:

Now, as we look to expand the use of interoperable health IT and electronic health information across the healthcare system, we hope to be able to highlight additional successes in the work being done to help people living with HIV and AIDS as part of the next National HIV/AIDS and Aging Awareness day.